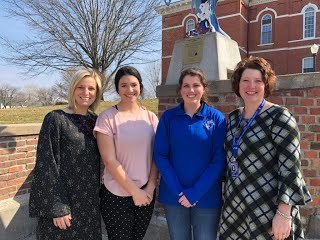 They will study local, county and state government processes during the week-long non-partisan political learning experience.

25,000 Girl State attendees across the United States organize themselves into political parties, hold elections and serve their prescribed duties. Two citizens from the Nebraska Girls State will be chosen as senators to Girls Nation held in Washington, D.C., in July.

Two chapters of PEO in Nebraska City and Syracuse are sponsoring Allen and Bando.