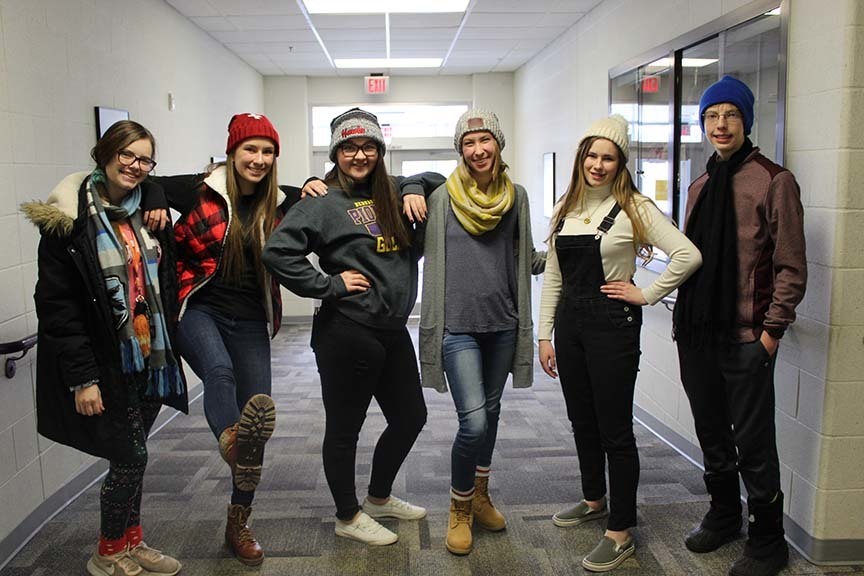 Another week has gone by and this one was even more eventful than the last.

To start things off last Friday, 6 students competed at the FCCLA District 1 STAR Competition with all of them receiving a silver or gold medal. They will all be moving forward to the state competition in April. Macy Neumeister and Mackenzi Berglund earned Gold. Tanner Simrell, Ashley Adkins, Issy Bare, and McKenzie Snyder all earned Silver.

On Tuesday the Basketball teams travelled to their EMC games.  The girls went to Elkhorn and the boys to Bennington, while the freshmen boys played at Falls City. The dress up day was Blizzard day.

Wednesday's dress up theme was Relaxin'.

Thursday was a busy day with JV Wrestlers traveling to Freeman where Hayden Schalk placed 1st and Andres Pro and Armando Pacheco took 2nd. The Varsity went to Ashland-Greenwood, where they won as a team. The Freshman Boys Basketball team hosted Beatrice and the dress up day was Snow Gear.

Friday the Wrestlers have a home meet against Platteview, the Student Council announced its Students of the Week- Gabby Delgado and Zeke Inman, and the final dress up day of January Joust is Groutfit.

On Saturday our Speech team is traveling to the Lincoln Northeast meet and the Wrestlers will be at the EMC tournament.

Joke of the Week-
Q: Why did the traffic light turn red?

A: You would to if you had to change in the middle of the street!