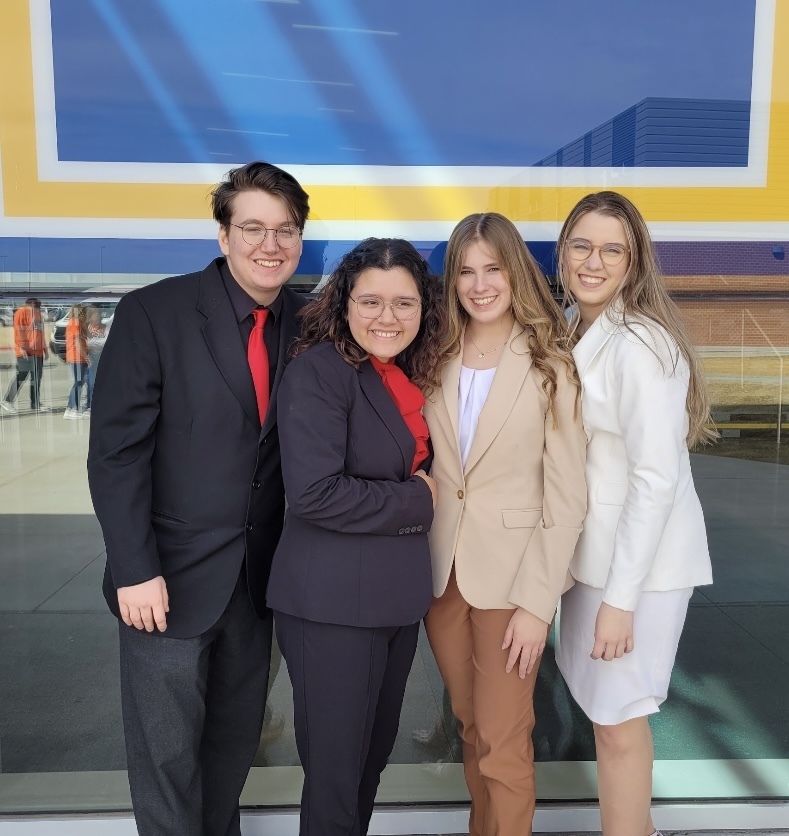 This year, we had four state qualifiers from Nebraska City High School that came out of the district competition at Skutt Catholic. These speech team members included Dalton Cooper and Kelly Gonzalez who placed 3rd at the district meet in duet acting. Issy Bare who placed 3rd in extemp. and Valerie Bennie who placed 2nd in persuasive speaking.

All four individuals rode as a team to the state competition in Kearney, Nebraska. This year, the state tournament was held at Kearney High School. For class B, speakers competed on March 16.

Although none of the NCHS speech members broke finals, Nebraska City Senior Valerie Bennie said, “It was such a fun trip for our team to bond over. I was so happy to have qualified for state my senior year. I love my speech, and there is truly nothing I would change about it.” Dalton Cooper and Valerie Bennie are both speech veterans, and both appreciated the opportunity to end their high school speech career on a great note in Kearney!